Are Teflon Coated Pans Safe? Is It Harmful? 80 years ago, a resinous substance called polytetrafluoroethylene (PTFE) was patented. The general public only then learned about the new substance when pans were covered with it. After that, in the vocabulary of every housewife, such a word as “Teflon” appeared. 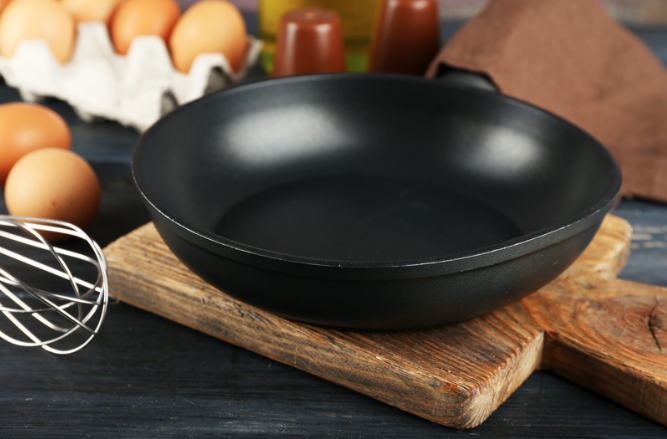 Teflon, in the language of chemists, is polytetrafluoroethylene resin. It has the following properties:

Interestingly, the Teflon coating was discovered by accident.

The History of Teflon Coating

The man who accidentally invented it was the chemist Roy Plunkett. After graduation, Roy took a job at DuPont in New Jersey.

He worked on the invention of refrigerant gas. Leaving a portion of the gas in a cylinder of tetrafluoroethylene overnight, he arrived at the laboratory on April 6, 1938, and found that the gas had spontaneously polymerized. And formed a slippery waxy solid with unusual properties. 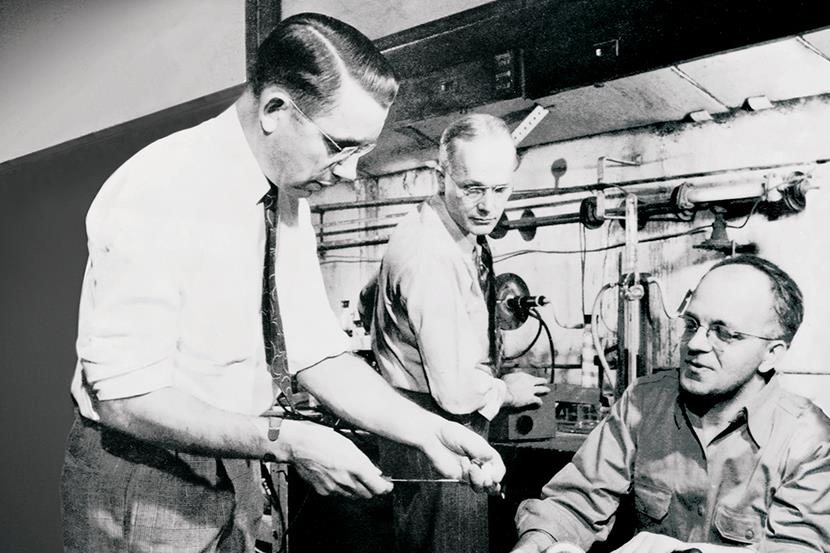 Roy Plunkett spent 3 years studying the properties of a new substance. And then, the production process and the name of Teflon were patented and registered under the DuPont trademark.

In the early 40s, Teflon first began to be sold. Initially used only for various industrial and military purposes due to high production costs. By the 1960s, the use of the material was established in various areas. Such as stain-repellent agents for fabrics and insulation of electrical wires. 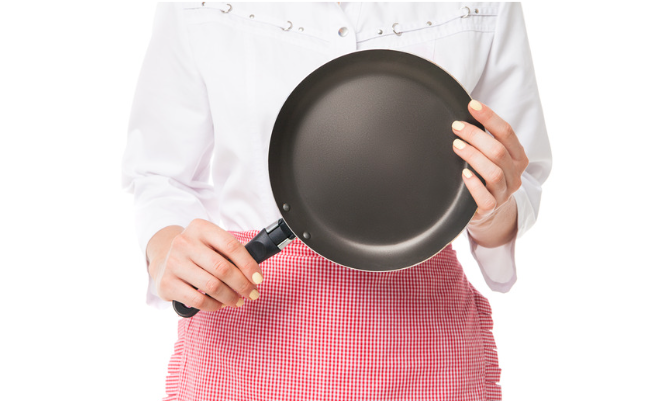 And only in the second half of the 60s. Teflon began to be used in its most common application – as a non-stick coating for baking sheets and pans. Interestingly, the Teflon trademark is registered by the American company DuPont. Therefore, there is some difference between other pans and Teflon though all pans from other manufacturers cannot be called Teflon but are called “non-stick.” Yes, Teflon coated pans are safe for daily home cooking. Today’s Teflon coated cookware is safe unless the temperature does not exceed 500°F (260°C). 80-years ago, a resinous substance called Polytetrafluoroethylene (PTFE) was patented. The general public learned about this new substance when pans were covered with it. After that, in the vocabulary of every housewife, such a word as “Teflon” appeared.

Teflon frying pan for 50 years did not cause any concerns from the point of view of safety, either among doctors or environmentalists. But today, there is evidence that chemicals released from the surface of a frying pan or pot during cooking are dangerous for the environment and harmful to human health.

The material emits tiny particles that can penetrate deep into the lungs when heated. These particles are deadly to poultry, dangerous to animals, and can cause various diseases in humans. But whether Teflon is harmful to humans and how much depends on the frequency of use of dishes and the method of cooking.

Moreover, Polytetrafluoroethylene is a paraffin-like substance. It comprises a complex mixture of perfluorinated chemicals that can be released from heated pots into the air and food. The more often a pan is used at high temperatures, the faster the coating breaks down and releases tiny particles and gases into the air. Most carcinogenic particles are formed in the first 2 years of continuous use.

However, if a Teflon pan is used frequently, its service life will exceed 2 years. But it may shorten the service life if the non-stick coating is damaged. Cooking on such a good baking sheet or pan is dangerous to health.

How to Prevent Carcinogens Releases From Teflon Cookware?

Any Teflon coating releases carcinogens when heated, so there is simply no such type of environmentally friendly cookware. But the housewives themselves can secure the cooking process when using a frying pan or baking sheet. 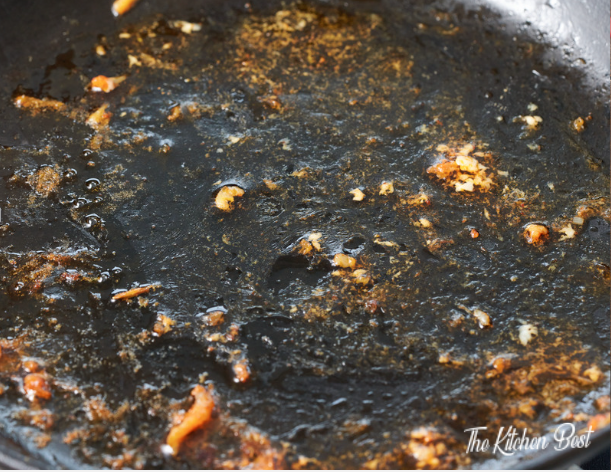 Do not use non-stick cookware for daily frying of meat, fish, baking pancakes or pancakes, cooking soup, or stewed vegetables. The pan will stand on the stove for a long time and heat up to temperatures above 200 ° C, which will provoke the release of hazardous substances into the air and food.

To minimize the release of carcinogens, Teflon should be used to prepare quick meals that do not require high temperatures (such as sauces or gravies). Choosing a frying pan with a special thermoplastic is better for controlling the temperature.

What Can Harm Teflon’s Non-stick Coating? 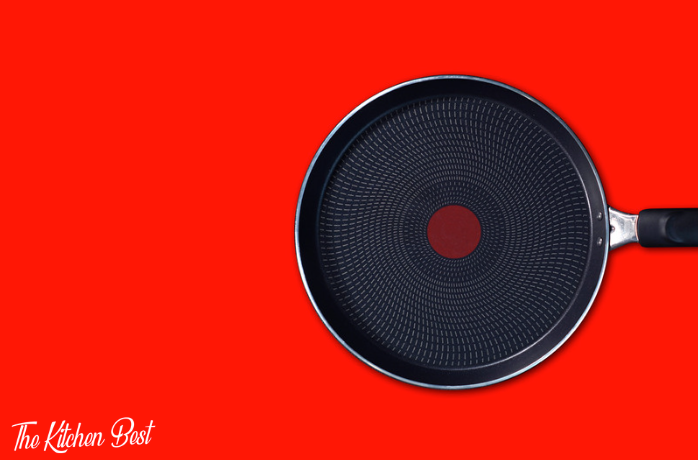 Teflon-coated cookware needs special care. Manufacturers of non-stick coatings do not recommend that consumers use pans and baking sheets at above-average temperatures. It is necessary to protect and prevent damage to the non-stick layer. The maximum temperature on the stove or in the oven for using this cookware is 200°C.

Even within a few minutes, most pans can reach high temperatures, causing the non-stick surface to break. Therefore, before turning on the hob, it is better to pour a little oil on a baking sheet or pan. And after use, you can not immediately wash the utensils. Due to sudden temperature changes, the non-stick layer will crack.

Use of Harsh Detergents

Washing the Teflon-coated pot by hand or in the dishwasher using harsh detergents can speed up the release of toxic substances. The “dangerous period” of using Teflon cookware, which lasts about 2 years, can be shortened.

Teflon is also damaged by metal objects. Therefore, you should store the pan together with wooden or plastic items. And when cooking, use silicone, nylon, or wooden spoons, spatulas, etc.

Is It Possible to Restore the Teflon Coating Yourself?

Damage to the Teflon coating means that the dishes must be thrown away. However, some housewives try to restore the non-stick layer on their own. If the damage to the coating is small, then the following procedure can be carried out.

Boil a frying pan or baking sheet for 15 minutes in a soapy solution with vinegar and citric acid. Then wash the dishes thoroughly in clean water. If the procedure does not help and the food burns, you will have to part with the dishes.

However, all quality non-stick cookware is made from PTFE. The difference between brands lies in how Teflon is mixed with other materials. Therefore, it is not worth saving when buying Teflon-coated dishes. Products from trusted brands will cost more, but their quality is also high.