Although both Sukiyaki and Shabu: Shabu feature thinly sliced beef, they are prepared differently and served at different restaurants. While shabu-shabu is fatty meat with a soft flavor, sukiyaki offers an intense flavor due to the addition of soy sauce and sugar. Here is an elaborate discussion on Sukiyaki vs. Shabu Shabu.

What is Shabu Shabu? 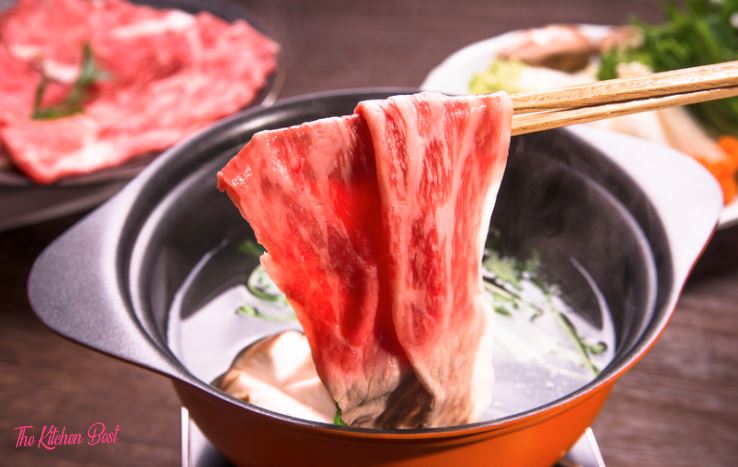 The main difference between shabu-shabu and sukiyaki is that other, less sweet sauces are used for shabu-shabu, and the emphasis in the dish is on meat. The main shabu-shabu sauces are Goma Dare sesame sauce and citrus mirinponzu sauce. Shabu-shabu is a lifesaver in Japan for those who don’t like fish or sushi.

Sukiyaki is a Japanese broth-based dish with vegetables and meat cooked in the nabe and eaten as it cooks. Traditionally, beef is used for sukiyaki, but in some regions of Japan, they prefer to replace it with pork, less often with chicken. 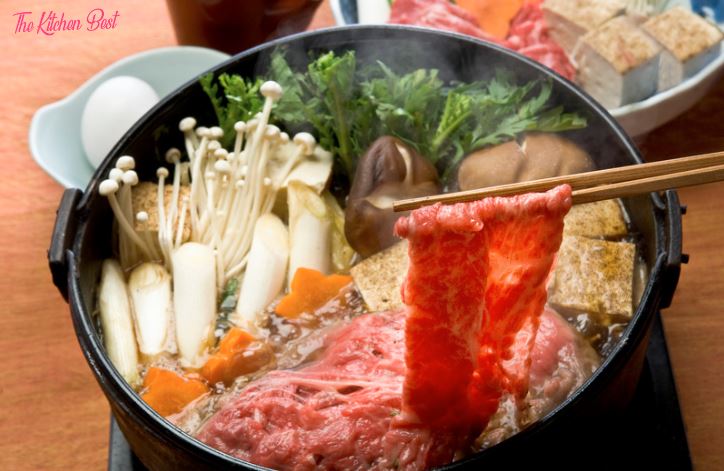 Sukiyaki (鋤焼, or more commonly すき焼き, The main ingredients of sukiyaki are thin slices of beef (in the vegetarian version, the meat is replaced with tofu), Chinese cabbage, shiitake mushrooms, harusame (bean noodles), egg, and NOODLES. All ingredients are cut into thin slices so that they cook faster.

The main difference in this dish is that it is eaten not after but during the cooking process. In the middle of the table, a nabe pot is placed on a small gas burner, in which seaweed broth is brewed with soy sauce and mirin (sweet rice wine). When the broth reaches readiness, pre-cut ingredients are added to it. Since the slices of meat and vegetables are thin, they cook quickly.

The guests gather at the table, take pieces of vegetables and meat from the nabe, dip them in the sauce and eat. You can vary sauces. Often they are mixed from ready-made ones, using various seasonings. Sake or table wine is also added to sauces.

Sukiyaki is good to eat with the whole family or a large company. Such a meal is the best way to unite those sitting at the same table and cheer everyone up.

Sukiyaki is prepared differently in different parts of Japan. In Kansai, for example, beef is fried before cooking. In Kanto, it is boiled with vegetables. In Aichi and Shiga prefectures, beef is sometimes replaced with chicken, and in Hokkaido, pork is preferred. The thinnest pieces of meat are lightly dipped several times in boiling soup (in which vegetables, mushrooms, and tofu are boiled), and after the meat changes color, it is consumed, previously dipped in one or another type of sauce. This dish got its name from the sound meat makes when immersed in boiling water. 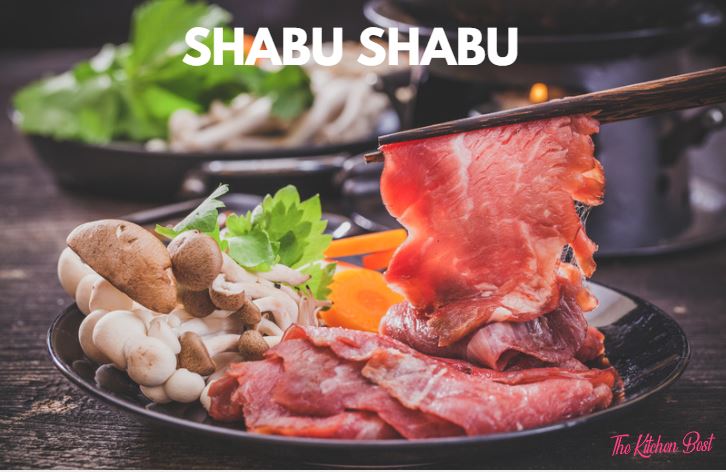 The sauces served with the dish are very light, which allows you to feel the taste of the meat itself. After the meat runs out, Udon noodles or rice are added to the soup soaked in meat and vegetables, after which another dish is obtained, which the Japanese are very fond of finishing their dinner with shabu-shabu. Usually, beef is used, but recently shabu-shabu made from pork (BUTA-SHABU), chicken, lamb, and some varieties of fish have become popular.

It is one of the most famous Japanese dishes. Its thinly sliced ​​pieces of meat float in a special iron pan along with vegetables, tofu, and mushrooms. 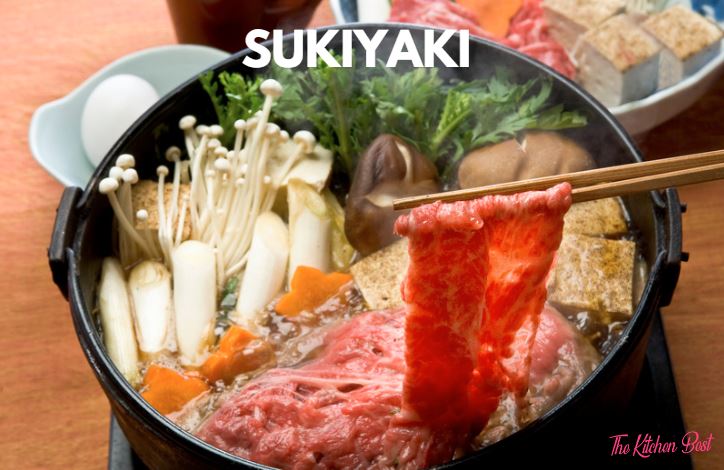 As seasonings, only sugar and soy sauce are usually added to the dish, which, combined with the meat extract, create a vibrant taste. The dish is prevalent in all regions of Japan. The difference is only in what kind of meat is used in a particular region and the order of cooking.

The Main Difference Between Shabu-shabu and Sukiyaki

All meals here are prepared with fresh, seasonal ingredients. Thus, the spring and autumn menus will differ markedly. Japanese chefs traditionally pay special attention to the combination of colors, smells, and shapes of various food ingredients and their particular seasons. 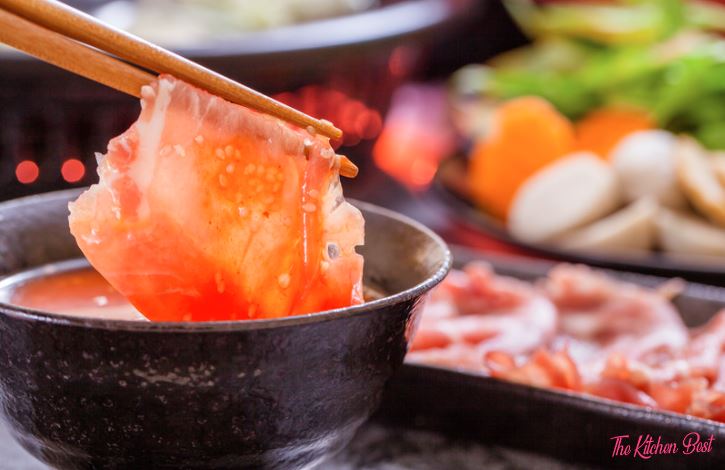 Be sure to try sukiyaki and shabu-shabu, popular Japanese dishes. Sukiyaki is thinly sliced ​​beef first baked, then covered in soy sauce, and boiled with other ingredients. When making shabu-shabu, pieces of beef and vegetables are dipped several times in boiling water in shabu shabu pot. Guests dip meat and vegetables in a ponzu or sesame seed sauce during the meal.

Overall, sukiyaki is believed to have originated in the 19th century. Moreover, all the sukiyaki ingredients, including types of meat, may vary. On the contrary, Shabu-shabu is a relatively new dish. The first mention of it dates back to the 20th century. The name of the dish comes from the characteristic sound meat makes in boiling water.